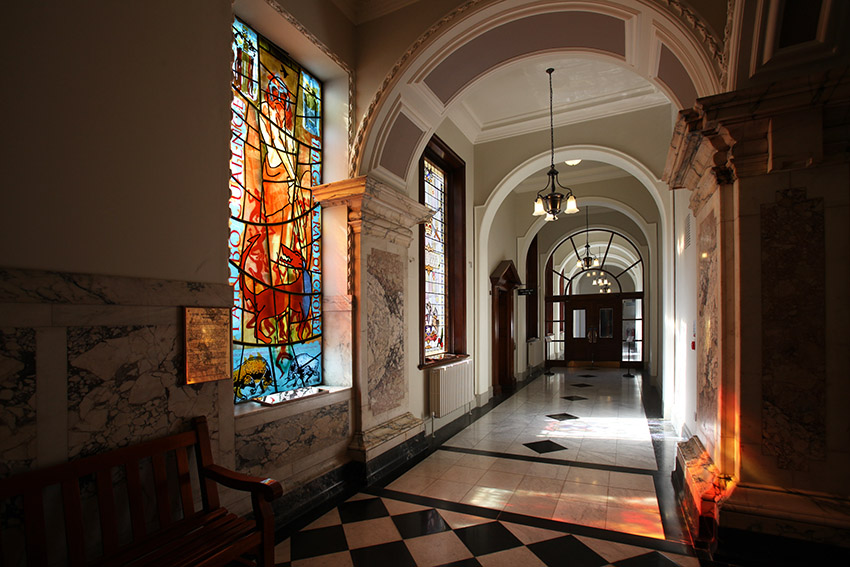 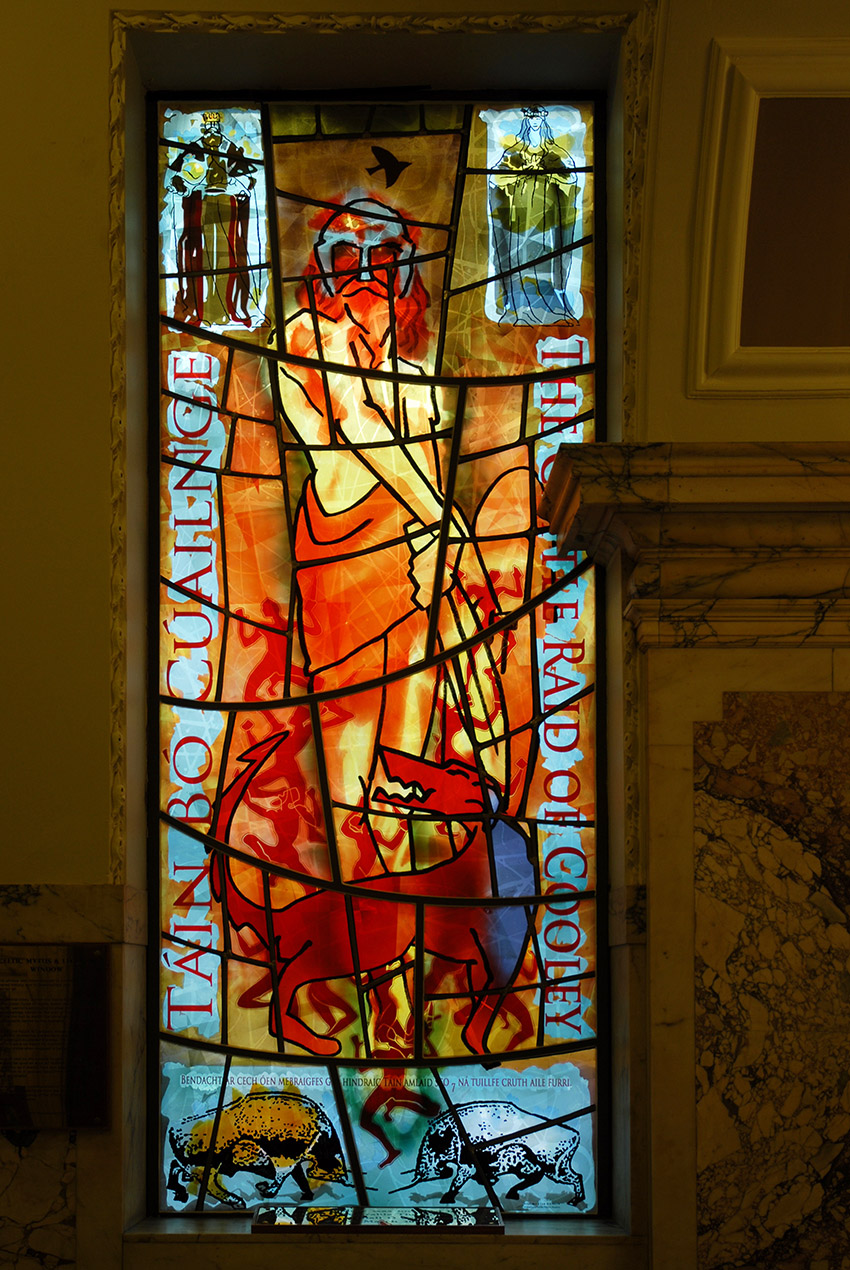 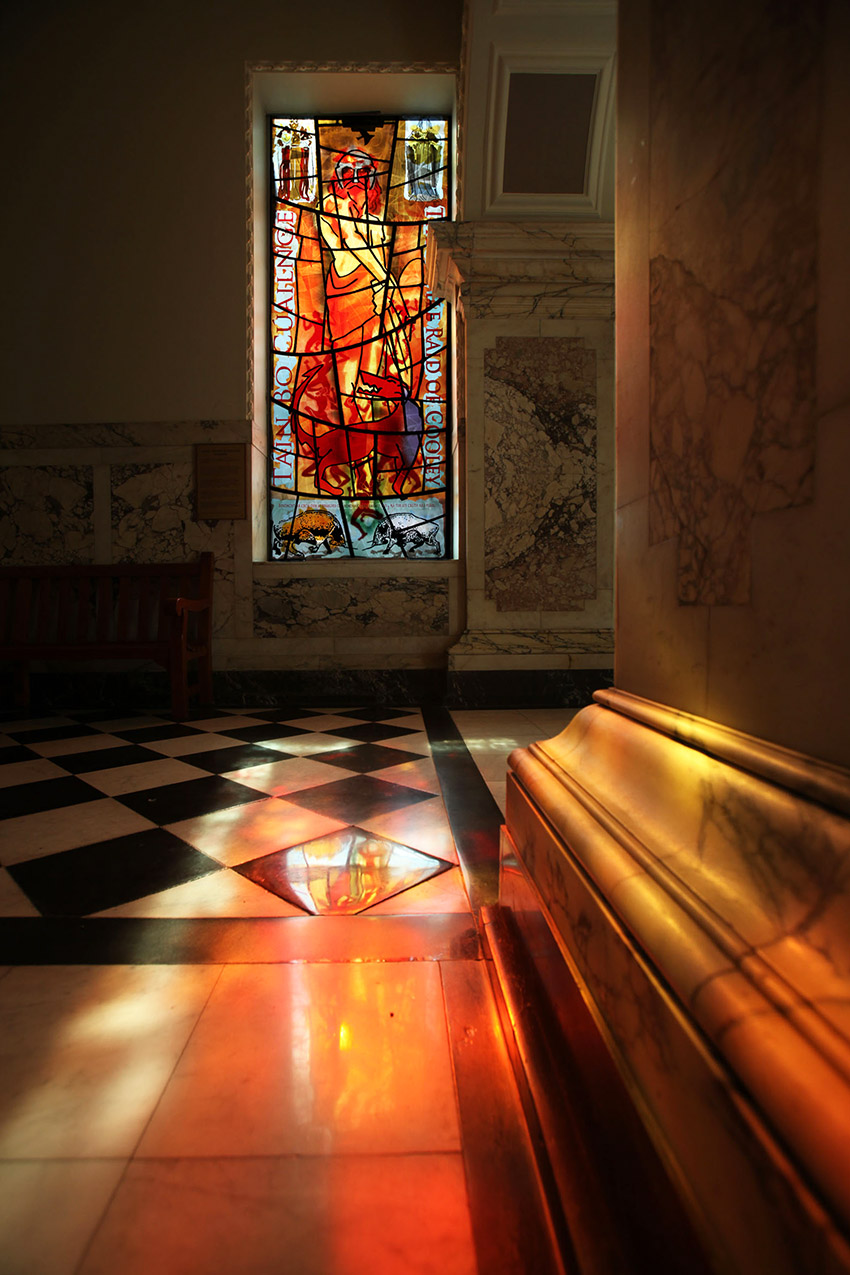 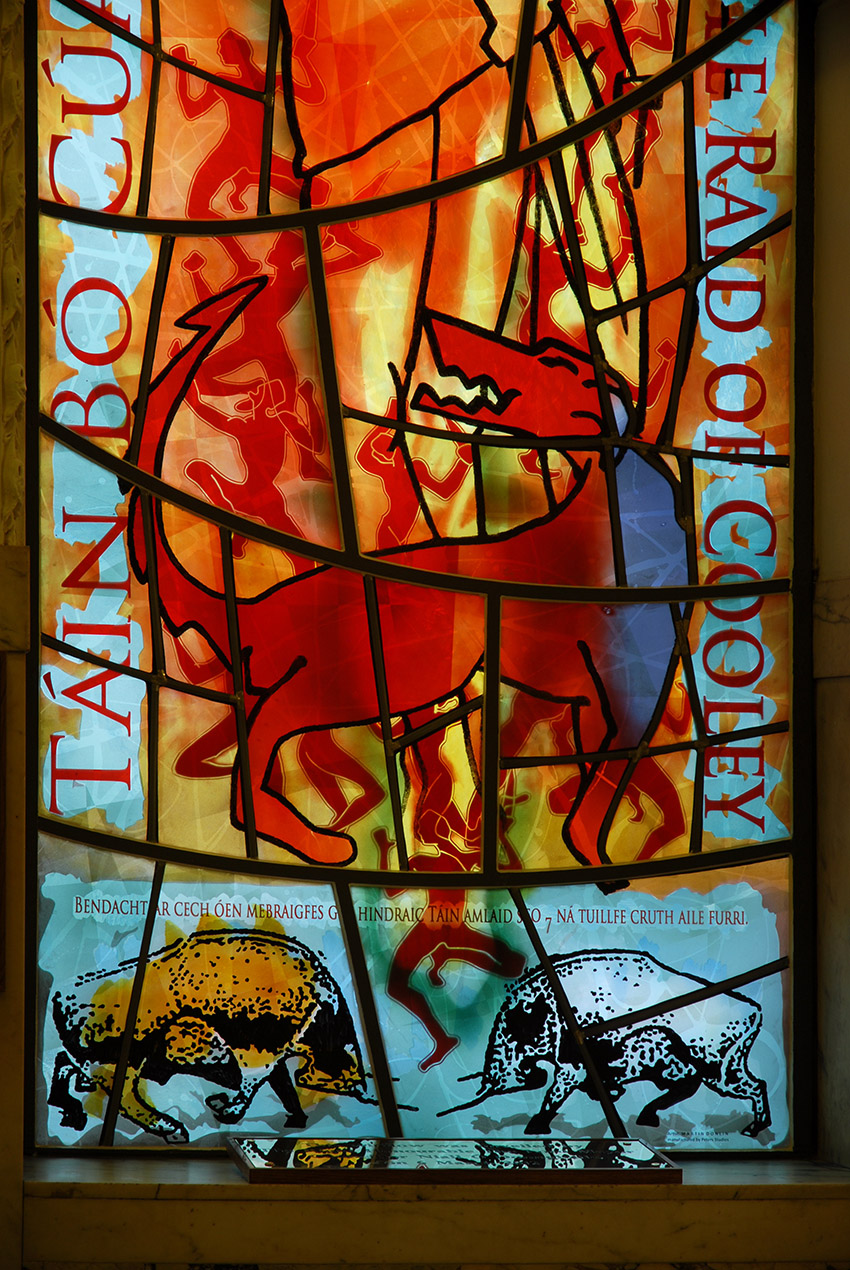 The main inspiration for the work was the wonderful imagery from the story of The Cattle Raid of Cooley, together with the moral tale of fighting over riches were no-one actually ever wins.

The central story is from the Cattle Raid of Cooley in the Ulster Cycle of myths. Queen Medbh of Connacht and her warriors attempted to steal the great bull, Donn Cuailnge, owned by the men of Ulster. Medbh wanted the bull to match the white bull of Connacht, Finnbennach, owned by her husband.

The central figure is Cuchulain, shown at the ‘Gap of the North,’ protecting the borders of Ulster against the onslaught by Medbh’s armies. The Connacht warriors were no match for Cuchulain, who was said to become divine when engaged in battle.
The Irish text on the window roughly translates as “a blessing be upon all such as faithfully keep the Tain in memory as it stands here and shall not add any other form to it” and was taken from the 12th Century Book of Leinster.

The window was commissioned by Belfast City Council with financial assistance from the Council Good Relations Programme of the Office of the First/Deputy First Minister. The window is the first in City Hall to have Irish text.