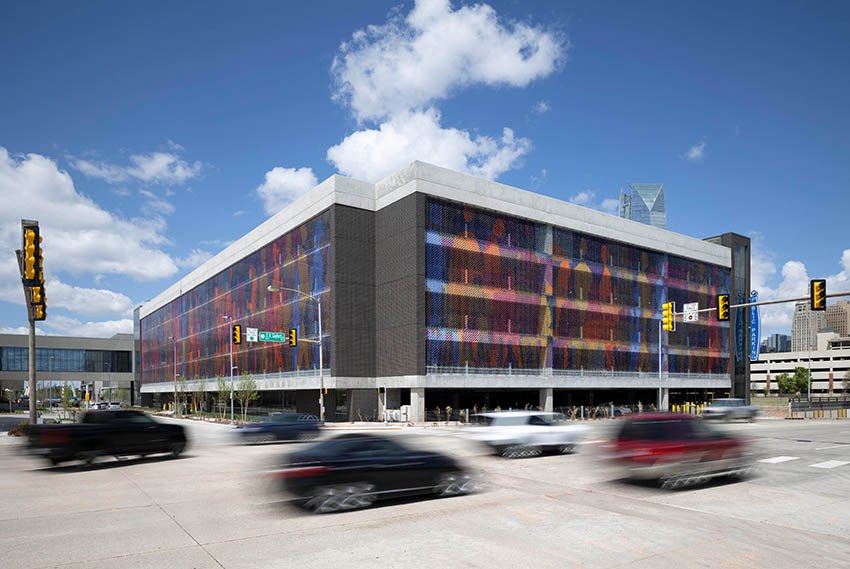 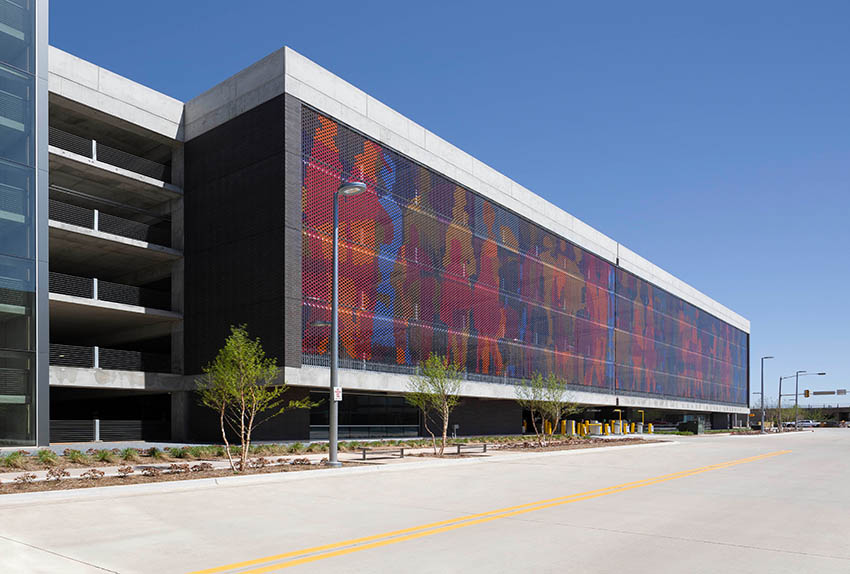 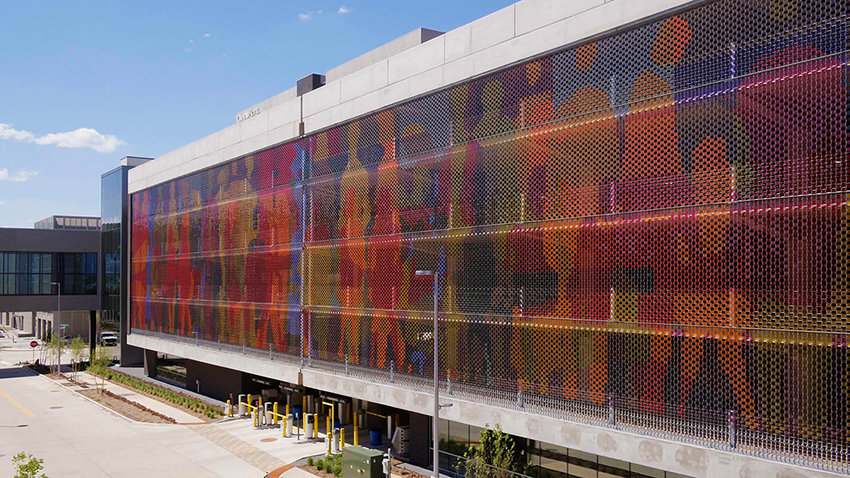 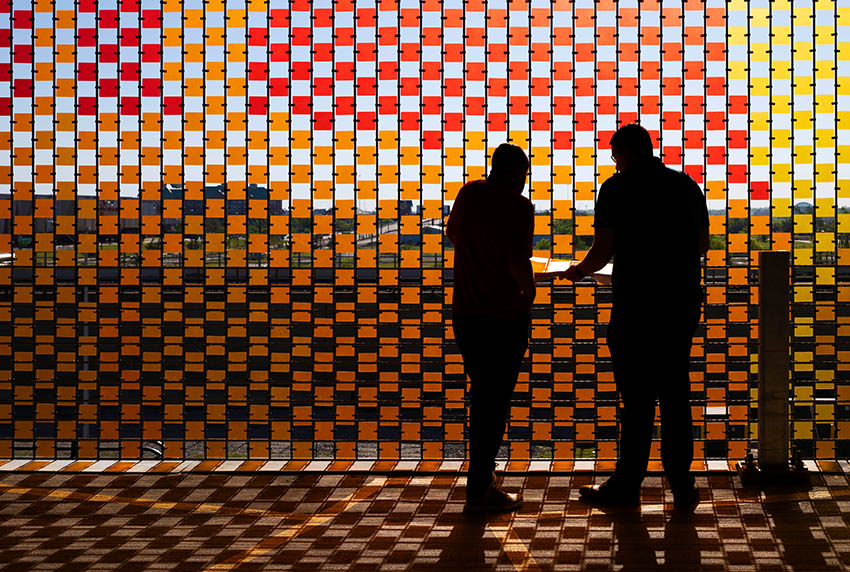 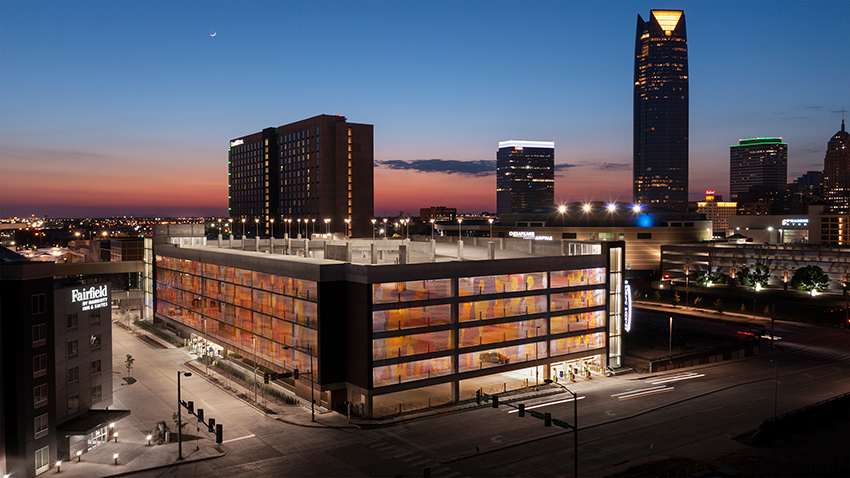 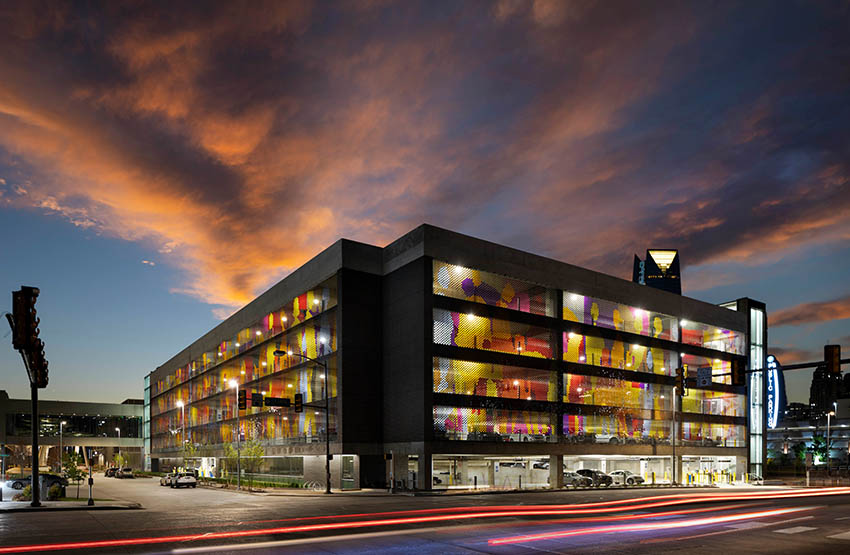 “What Is The City But The People” Is an artwork that weaves together an eclectic mixture of cultural and natural elements, with inspiration drawn from both ancient and modern worlds.
The artwork was inspired by the multitude of histories, and above all, the people
that unified to create what Oklahoma City is today.

The design is reminiscent of a “Frieze” that wraps around the building to encapsulate, celebrate and honour the particular “Spirit” of Oklahoma citizens. There are just 15 separate colours that make up the entire design. The family of colours are drawn from the earthy tones of the landscape to be set against the beautiful blue skies of Oklahoma. The background imagery is inspired by ancient cultural symbols that have been abstracted to form a rhythmical pattern that is as diverse as the many cultures that give Oklahomans their distinct character.

As the viewer moves around the facility the 40 ft high figures appear and disappear in a parade of colour. From inside the artwork becomes and abstracted field of coloured walls.

Special thanks to Scissortail Media and Steve Voelker for facilitating some fantastic imagery of the project. And enormous thanks to Tony Morton at Kasum Contemporary for overseeing this project from start to finish.